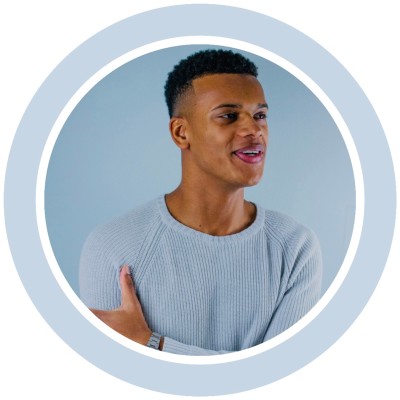 1. Being Blinded by Followers

When searching for influencers, it is important that you look at more than just their follower count. The communication and engagement should be closely analysed. The bet influencers are not the most followed but the influencers that have a high level of engagement.

2. Not Having a Strategy in Place

A micro-influencer is a term used by some marketers and influencer marketing platforms to describe influencers who have fewer than 100,000 followers on one or more social media channels.

While it has become increasingly difficult to reach large audiences solely through organic social media content, influencers with smaller followings can still reach a significant number of people if their message resonates with them.

Micro-influencers are often more cost-effective than macro-influencers because they require less budget per engagement and deliver higher rates of return on investment (ROI).

Influencers are frequently compensated by businesses to promote their items or services. To ensure you're getting a fair deal, it's important that influencers sign an influencer contract before they begin working with your company. Contracts assure influencers are protected and make sure they understand their responsibilities.

● Influencer payment terms, which influencer is responsible for taxes (if applicable) and how often influencers will be paid.

● The type of content that must be posted on social media channels as part of an influencer campaign; this may include photos, videos and written posts.

● Which influencers may repost content from one another during campaigns; influencers who are less active on social media channels should be given priority since they're likely to have fewer followers than those with large followings.

● How influencer marketing agencies will track performance metrics like engagement rates or number of likes/comments and shares.

● Any brand exclusivity clauses that influencers must adhere to (i.e., an influencer cannot promote a competing product or service for a certain amount of time).

● The cancellation policy, which should state the conditions under which either party can cancel the agreement.

In influencer marketing, calls to action are important. They help influencers decide what they should do next and give your brand's products or services a sense of urgency. It's important you search for influencers who have awareness of marketing and advertising.

The CTA can be as simple as telling followers to visit the link in bio or it may involve asking them for their email address so they can sign up for your newsletter.

Whatever CTA you use, make sure it's clear and easy to understand by influencers on both ends of the campaign.

Before contacting influencers, make sure you have a good idea of the type of content you want them to post.If possible, provide influencers with a mood board or example posts so they can get an idea of the overall aesthetic you're going for.

Remember that influencer marketing is all about creating organic content that resonates with followers, so be sure to give influencers enough creative freedom to produce their best work.

The perfect social media influencer is one who has a following on two or more major platforms. Social media is an ever-growing space with apps such as TikTok becoming more popular by the day. So don't just target influencers with large followings on Instagram or YouTube explore other platforms to find hidden gems!

8. Don't MakeControversial Characters a Part of Your Campaign

You need influencers who have a reputation for being trustworthy and honest. If influencers have been caught up in negative PR before, it's likely that this will rub off onto your brand too!Stay clear of influencers who seem like they're just in it for the money or fame because there is no guarantee how long their followers will stick around.

Do your research and find influencers who genuinely care about the work they do and have a good relationship with their followers.

9. Forgetting to ResearchHow They Got Their Influence

While many influencers started out as musicians or actors, today's best-known celebrities are entrepreneurs who built their brands through social media.

It's important to know how the influencer grew their following. influencers who started with a small following but have since grown it exponentially are likely to be the best influencers for your brand.

These influencers are often experts in their niche and know what type of content will resonate with an audience that might not yet follow you, Which is why they're worth investing time and money into.

Those influencers who have influencer parents or were famous actors before getting into influencer marketing? Not so much. Their followers already know them and will likely follow/like anything they post regardless of whether it's sponsored content or not!

Influencers know their niche market inside and out. They can talk with authority to engage your customers, which is exactly what you want before other brands take notice of them!

Every brand should want to work with an influencer whose opinion matters. Influencers are experts in their field, and when they make statements about products or services it carries weight for those following them on social media platforms like Twitter and Facebook.

Credibility goes a long way for example a famous athlete representing a sports brand. Influencers that have the same values as your brand will be much more likely than influencer marketing campaigns with influencers who don't align themselves close enough to what you're trying to sell!

It can be difficult to determine what makes an influencer effective, but by avoiding these ten common mistakes, you'll be on your way to finding the right people to help promote your brand.

Don't be intimidated by the world of influencers and social media, The influencer market is booming, and it's better than ever before. There are plenty of influencers on Influencer DNA who want to work with brands like yours. All our influencers will build your brand's reputation for years to come! Contact us today to find out more.

In-House Influencer Programs: The Next Big Thing for Enterprise Brands?